This ABF Teamster running for the Missouri House 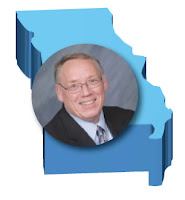 We're paying close attention to 19 political candidates who are Teamsters, used to be Teamsters or are close Teamster friends. Between now and Nov. 6, we'll be presenting one candidate a day to you, courtesy of Teamster Magazine.

The recent attacks on workers in Wisconsin, Ohio and other states angered and alarmed working men and women everywhere, and Jim Sweere was no exception.

Sweere, a city driver/dockworker at ABF Freight System and member of Local 41 in Kansas City, decided to fight back by seeking a seat in the Missouri House of Representatives, District 16. It’s his first bid for public office.

“I got mad,” said Sweere, who has worked at ABF since 2004 and has been a Teamster off and on while employed in the freight industry over the past 30 years. “Shouldn’t we all be mad? I saw the attacks on the labor movement. I saw the decrease in the viability of the middle class. I couldn’t sit on the sidelines anymore.”

Sweere’s top issues include fighting the assaults on labor and working families, protecting and strengthening collective-bargaining rights and fighting for worker compensation reform that will protect workers.

“I’m a third-generation Teamster,” said Sweere, who if elected would represent a portion of the north side of Kansas City. “My father is retired. He’s collecting a pension. Prior to that, my paternal grandfather retired and collected a pension. They worked hard for what they got. They made some great sacrifices.”

Sweere’s campaign slogan is “Steppin’ Up for the Middle Class.”