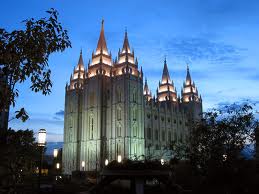 Rolling Stone's thorough reporting allowed us to present what we thought was an eight-part series about Mitt Romney's tax dodges. But yesterday we read a Bloomberg report about another one. So today we bring you the charitable remainder trust tax-avoidance scheme.

In 1997, Congress cracked down on a popular tax shelter that allowed rich people to take advantage of the exempt status of charities without actually giving away much money.

Individuals who had already set up these vehicles were allowed to keep them. That included Mitt Romney, then the chief executive officer of Bain Capital, who had just established such an arrangement in June 1996

...Romney used the tax-exempt status of a charity -- the Mormon Church, according to a 2007 filing -- to defer taxes for more than 15 years. At the same time he is benefiting, the trust will probably leave the church with less than what current law requires, according to tax returns obtained by Bloomberg this month through a Freedom of Information Act request.

Bloomberg explains that Romney was basically renting his favorite charity's tax-exempt status. Here's how it works:


When individuals fund a charitable remainder unitrust, or “CRUT,” they defer capital gains taxes on any profit from the sale of the assets, and receive a small upfront charitable deduction and a stream of yearly cash payments. Like an individual retirement account, the trust allows money to grow tax deferred, while like an annuity it also pays Romney a steady income. After the funder’s death, the trust’s remaining assets go to a designated charity.

Posted by Teamster Power at 9:53 AM