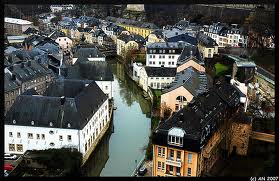 We bring you part III in the eight-part series on Mitt Romney's tax dodges. Rolling Stone first published them earlier this month. We are deeply grateful.

This one, the Luxembourg Shelter, is short but sweet -- for Mitt.

In 2000, when Romney was CEO of Bain, the firm hit the jackpot: A $40 million investment in the Italian yellow pages during the tech boom returned an astonishing $1 billion. Romney himself reportedly ended up with $50 million – a cut larger than Bain's initial investment. To evade taxes on the gains, Romney steered the profits through Bain subsidiaries in Luxembourg, Europe's most notorious tax shelter, where the money would be exempt from foreign taxes. In 2009, as a board member for Marriott, Romney also helped the hotel chain use the same tax tricks to shelter more than $200 million in Luxembourg. Marriott wound up paying less than half the corporate tax rate – just 16.9 percent.