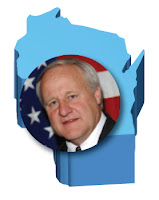 Sen. Dave Hansen (D-Wis.) understands working people because he is one.

A tireless advocate for workers’ rights, Hansen is one of the famous “Fab 14” state senators who left Wisconsin in 2011 in a show of solidarity against Gov. Scott Walker’s attacks on collective bargaining for public employees.

Since then, Hansen and his fellow Democrats have taken back the state senate and he is running for a fourth term in Senate District 30.

“It’s the 1 percent against the 99 percent and I’m representing working men and women in this state,” Hansen said. “I stood up for what I believed in and I will continue to stand up for working people—for affordable health care, quality education and care for our seniors.”