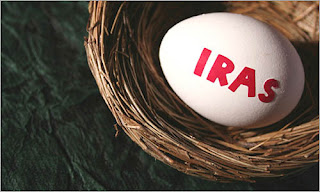 Now that we've told you about four countries where Mitt Romney hides money, we are moving on to his U.S.-based, er, techniques.

We are indebted to Rolling Stone for bringing us this eight-part series on ways the Republican presidential candidate avoids paying his fair share of taxes. So if you think he's the guy to make sure the benefits of our economy go to regular working and middle-income families -- well, good luck with that.

Today, thanks to Rolling Stone, we bring you Romney's retirement tricks.

Romney has stockpiled as much as $87 million in his IRA – even though contributions to such retirement accounts are limited to just $30,000 a year. "Congress never intended IRAs to be used to accumulate that kind of wealth," says Wilkins. To get around the limits, Romney appears to have directed his IRA to invest in a special class of Bain stock. By assigning an artificially low value to the shares, Bain ensured that any returns would be wildly inflated – as much as 30 times the initial investment. By buying rigged stock with his limited IRA dollars, Romney got to reap the bonanza tax-free.

Romney also padded his IRA by investing in "blocker funds" that Bain has set up in the Caymans. Such funds attract tax-exempt investors – like college endowments or Romney's IRA – that want to avoid paying the Unrelated Business Income Tax, a 35 percent penalty designed to prevent tax-exempt investors from having an unfair advantage over for-profit businesses in private-equity deals. But by buying shares in offshore blocker funds that then invest in Bain and other takeover artists, investors like Romney bilk the Treasury out of $100 million a year. "It's an absurdly easy escape," says Shaviro.

Read the whole thing here.
Posted by Teamster Power at 9:12 AM