Ohio Teamsters get their ground game on 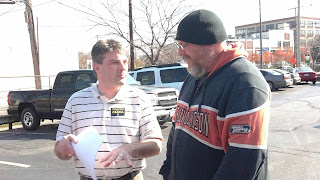 In the last two weeks of this presidential election, it all comes down to the ground game. And nowhere is the ground game more important than the battleground state of Ohio.

For our brothers and sisters in Ohio, it's man-to-man combat persuasion. 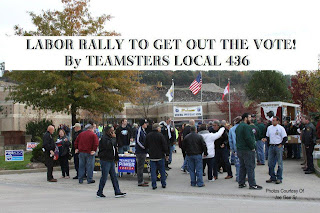 The Houston Chronicle reports that it's working:


...Team Obama ain’t giving out numbers of voter contacts and doors knocked. But when pollsters in Ohio asked voters if they have heard from the campaign:

Matt Ford, political coordinator for Local 507, said he feels good about the outcome:


It's nothing like the midterms, more like 2008.  We can thank SB5 for uniting us against Republicans. That's the one silver lining of that legislation.