Mobile apps to help you through the Nov. election

For all you political junkies out there, we're cross-posting this from our friends at Revolution Messaging:


Now that National Voter Registration Day is behind us, what’s next? At Revolution Messaging, we are focused on how technology can help strengthen our democracy and we’ve put together a list of three mobile apps that would make George Washington proud.

With this app, you can register to vote, verify your registration, find your polling place, review key voting rules and regulations by state, see what type of machine you’ll be voting on, and file a report regarding any problems and to get answers. So basically, you can do it all. If this app was around in 2000, maybe we could have avoided two wars, the PATRIOT ACT, and innumerable other travesties of the GW Bush presidency because election protection activists would have known that African-American voters were being turned away at the polls in Florida and given broken machines. That’s neither here or there though. Now, we can make sure we stop this.

Our democracy depends upon every eligible citizen being able to cast a vote and have that vote counted. When that doesn’t happen, when there are problems, it is imperative that those who can do something about it find out as quickly as possible. This app allows you to communicate problems quickly and effectively, as well as check the legality of something that seems suspicious, so we don’t end up with another president we didn’t elect. (Click here to get the app.)

Ad Hawk from the Sunlight Foundation 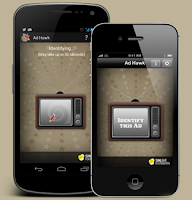 Ever watched an ad and thought, “that seems odd. I wish I knew who paid for it?” If so, Ad Hawk to the rescue. From the developers:

Ad Hawk is a free mobile app that allows you to identify political ads as they air and immediately learn about who is behind them. Want to know who is spending money to influence your vote? The app provides valuable contextual information about the candidate, super PAC and issues ads airing on TV and radio this election year. When you see a political ad on TV or hear one on the radio, open the app and click the TV set to have Ad Hawk start listening to the ad. In less than 30 seconds, Ad Hawk will create an audio fingerprint and start searching for a match.  When Ad Hawk finds a match, you will get information about how much money the ad’s sponsor received or spent, where the ad is on the air and media reports about the candidate or political group.

We’ll be using that this election year – let’s see how much money the Koch brothers put behind campaigns this year.

Settle it! by PolitiFact.com

Politicians are about as reliable as the Internet when it comes to your ability to believe everything you hear. Think of Settle It! as a lie detector test for claims made by boisterous politicians (so yes, this app will come in handy at every campaign speech, debate and event).

PolitiFact.com says “The app, available in iTunes, Google Play and Amazon app stores, is known as ‘PolitiFact’s Argument Ender’ because it allows you to enter names, keywords and subjects and instantly find relevant Truth-O-Meter ratings.” The app also connects through your social media network, giving you the option to share results through Facebook and Twitter.

Want to test your lie detecting skills? The app becomes interactive with its PolitiFact Challenge, “a game that shows a list of factual claims we [PolitiFact] have checked. You have to choose whether each one was rated True, False or Pants on Fire. You earn points for each correct answer and can work your way up through five playing levels, from ‘Intern’ to ‘Aide,’ ‘Lobbyist,’ ‘Pundit’ and then the highest level, ‘Wonk.’” So not only can you access important information, you can also compete with your friends, and we all know it’s more fun when someone wins. We think we can make it to Wonk pretty easily. Up for the challenge?

You can also get an app with all the information you need about voter registration deadlines, early voting and absentee ballots here.
Posted by Teamster Power at 2:08 PM