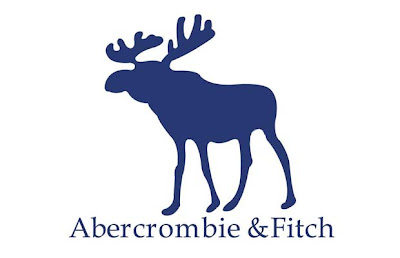 It's bad enough that the CEO of Abercrombie & Fitch orders the flight crew on the company jet to wear boxer shorts, flip flops and a spritz of the retailer's cologne. Far worse are the company's scheduling abuses that consign retail workers to poverty and struggle.

A&F, like other retailers, won't give employees regular work schedules. Workers have to be on call for their shifts, which can be as short as two hours. Bintou Kamara, a 22-year-old A&F cashier, told ABC News:


She said that part-time workers at her location on Fifth Avenue had to call two hours before their shifts were to begin to inquire whether they were needed at work.

"Most of the time, you have to wait and sit there," said Kamara, a member of Retail Action Project.

Wal-Mart employees aren't the only ones fighting back against chaotic schedules. Last week, Abercrombie & Fitch retail employees protested their schedules in Manhattan along with workers for Best Buy and other retailers.

Retail Action Project surveyed 400 retail workers in New York and found almost 60 percent are part-time or temporary. Fewer than 20 percent have a steady schedule. Seven in 10 found out their schedules a week ahead of time.


Some fast food outlets and retail stores offer only part-time shifts, keeping their low-paid workers starving for additional work hours in order to make ends meet. That way, someone is always available and willing to come in to work at a moment’s notice if another worker can’t make it in.

At the same time, they require workers to always be available by shifting their work schedules around every week, making it difficult for them to have another part-time job to earn money.

They also don’t do lay-offs. Rather, they just reduce the hours available to someone until that person only works 4 hours a week, then eventually quits on their own and can’t file for unemployment.

And about that underwear...

Bloomberg News reported that flight attendants on the corporate jet had to follow a strict dress code:


The flight crew uniform included Abercrombie jeans, polo shirts, flip-flops, sweatshirts and a winter coat, with some items applying just to males: a belt, hat, gloves, boxer briefs and a “spritz” of the retailer’s cologne. The coats were only to be worn when the temperature fell to 50 degrees or lower, with the collar flipped, and the flip-flops were mandatory in flight and when meeting passengers. Men were not allowed to wear jewelry except for watches and wedding rings.

The dress code, part of the "Aircraft Standards Manual," came to light as part of an age discrimination lawsuit filed by a former pilot.

Sounds as if these folks could use a union.
Posted by Teamster Power at 5:15 PM