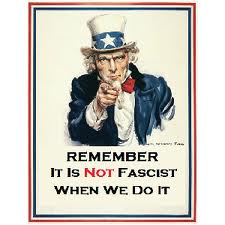 CEOs are pushing the U.S. toward totalitarianism as they instruct their employees to vote for Mitt Romney. One CEO even forced his employees to stand behind Romney for a photo op in front of an Ohio coal mine -- without pay.

Until recently, such tactics were unthinkable in America. When Ukrainian business managers told employees how to vote, President George W. Bush rejected the election as illegitimate. When the Armenians made factory workers stand at incumbent's rallies, Bush criticized the elections as undemocratic.

Such intimidation used to be illegal in the United States. Then the Supreme Court, with its Citizens United ruling, decided it's okay. Now we're hearing a number of reports about CEOs threatening their employees into voting for Mitt Romney.
University of Oregon professor Gordon Lafer, writing in The Hill, explains just how undemocratic this is:


An employee whose boss tells them hot to vote may still ignore this advice in the privacy of a voting booth. What they won’t do, however, is display a button or bumper sticker, write a letter to the editor, or be seen attending a rally of the opposing party. This strikes at the very heart of democracy. Elections are only “free and fair” if voters are free to speak out, write in, and publicly support the candidate of their choice, without fear for their livelihoods.

This principle is not only enshrined in international standards; it is a fundamental norm of American democracy. When the Founders set about designing the world’s first democracy, they were particularly concerned that employees might be subject to the undue influence of those who controlled their economic fate.

Be very, very disturbed.
Posted by Teamster Power at 11:05 AM