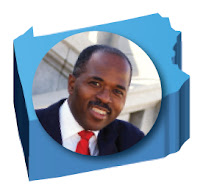 A public sector worker in Dauphin County, Pa., Local 776 member Osman Kamara has seen his own job threatened by privatization. Kamara, who is running for the District 106 Pennsylvania House seat, will not stand by and let this trend continue.

“I’m a 16-year dues-paying Teamster that believes in fair wages, fair benefits and a fair tax system. I will fight against any attack on the labor movement,” Kamara said. “An assault against labor is an assault against the middle class. I promise to represent and fight for labor if elected as a state representative and protect working families.”
Posted by Teamster Power at 12:12 PM