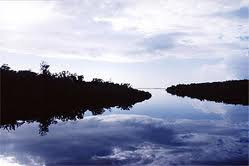 No tax dodge would be complete without the Cayman Islands, and you can bet Mitt Romney took advantage of it!

Romney has nearly $30 million stashed in at least a dozen Bain funds in the Cayman Islands, where, as one filing boasts, investments are free from "income, estate, transfer, sales, or other Cayman Islands taxes."

But because some of those funds are directly invested in U.S. companies, they likely disclose their investors to the IRS, making them unattractive to tax cheats. So Bain also raises capital for its deals by selling shares in "feeder funds" – intermediary entities that invest in Bain's official funds, but don't have to make disclosures to the IRS. "If you want to cheat, they've rolled out the red carpet for you," says Wilkins.

Has Romney paid all his taxes on the shady funds? Only he and the IRS know for sure. But even if Romney never cheated personally, the feeder funds he appears to have invested in cater to tax criminals, making it easier for him and his Bain partners to raise capital and rake in big management fees.

Romney is profiting from one form of tax evasion in the Caymans: equity swaps. Under this racket run by top Wall Street banks, American firms pay out their profits – tax-free – to investment funds based in the Caymans. According to a Senate investigation, the purpose of these complex instruments is "to dodge payment of U.S. taxes on U.S. stock dividends." Romney has more than $1.25 million invested in four funds that profit from equity swaps – including two managed by Goldman Sachs.

Read the whole thing here. And thanks to Rolling Stone!
Posted by Teamster Power at 1:59 PM