Teamsters at Local 584 aren't just donating an hour of pay per week to their 42 brothers unjustly laid off by Elmhurst Dairy. They're making their own signs (a banner is on the way, we hear) and picketing in front of the Jamaica, Queens, facility. 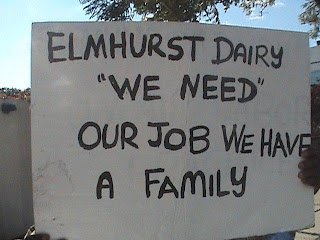 Yesterday between 11 a.m. and 2 p.m. they marched outside of the dairy's entrance. They're planning more actions for the near future. 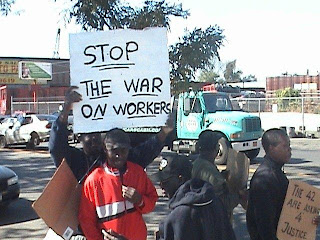 We understand it will be a tough fight to get these jobs back. Already a complaint has been filed with the National Labor Relations Board because the layoffs violated the contract. 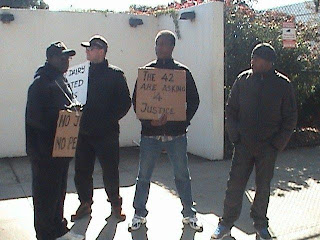 In the meantime, their display of solidarity is an inspiration to us all. 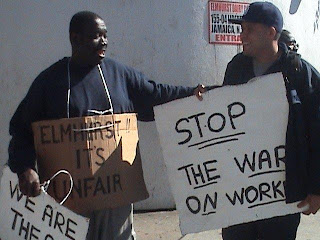 Posted by Teamster Power at 3:38 PM