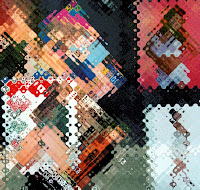 Strippers at a chain of dance clubs struck a blow for workers' rights earlier this month when they won a misclassification lawsuit against their employer. Spearmint Rhino, like FedEx Ground, was misclassifying its employees as independent contractors while demanding they follow strict work rules.


...strippers employed by the Spearmint Rhino chain won an unprecedented $13 million settlement in Federal court, the result of a class action suit to restore back wages and contest their status as independent contractors of the clubs.

The National Employment Law Project, which fights abuse of workers, reports misclassification is on the rise:


Growing numbers of employers call their employees "independent contractors" and subcontract key functions to other companies in order to side-step responsibility for minimum wage and other worker protections.  Because U.S. employment and labor laws assign responsibility and rights to "employers" and "employees," employers seek to evade workplace rules through two devices: (1) they call their "employees" "independent contractors," and (2) they insert subcontractors between themselves and their employees.  When these tactics succeed, construction workers, day laborers, home health aides, janitors and many others find themselves without workplace protections.

The problems faced by strippers aren't that different from workers at large chains, the Atlantic explains:


Dancers have brought suit after suit over illegal tip-sharing and misclassification as independent contractors for over 15 years now, starting with a string of high profile settlements in California in the late 1990's, leading to the founding of the Exotic Dancers' Alliance...At the same time, corporate chains like Spearmint Rhino, Deja Vu, and others have been buying up or pricing out the smaller clubs that tended towards giving dancers more control at work. The corporate consolidation of strip clubs is not that different than what's hit small businesses all over the country...

SEIU did actually organize exotic dancers in San Francisco as the Exotic Dancers Union, SEIU Local 790. (We can't tell whether it still exists.)