Victory in Mont. for Steve Bullock!! 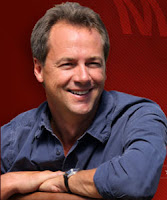 We finally have a result in the race for Montana governor, with Teamster friend (and foe of misclassification) Steve Bullock the winner.

Bullock is the former attorney for Local 190 in Billings. USA Today published a nice profile:


One-term Democratic Attorney General Steve Bullock, who was raised in Helena, often recalled on the campaign trail how he used to ride by the state capitol on his paper route.

Now, Bullock has found his way to the corner office on the second floor of the venerable building, having defeated former Republican Congressman Rick Hill to take the Montana governorship.

Bullock, 46, made a name for himself nationally by taking on the U.S. Supreme Court's controversial Citizen's United campaign finance decision by defending Montana's century-old Corrupt Practices Act, which banned corporate expenditures on political campaigns in the state. Bullock triumphed in the Montana Supreme Court, but the U.S. Supreme Court overturned the state law by a 5-4 decision.

Bullock is popular with the state's significant percentage of sportsmen, having written the state's opinion guaranteeing access to rivers, streams and public lands. Bullock worked with the legislature and popular Democratic Gov. Brian Schweitzer to put the access opinion into state law.

He'll have his hands full with a Legislature full of extremists. But he said he won't hesitate to veto right-to-work-for-less legislation.

(On another note: Gary McDowell, a 33-year UPS Teamster, apparently lost his Congressional race by a few dozen votes. It may not be over yet, as he's waiting for a board of canvassers to count all votes.)
Posted by Teamster Power at 11:38 AM