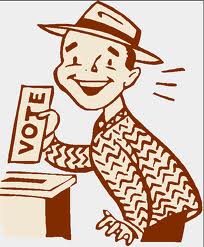 You know how we've been saying that so-called "voter ID" laws are really about Republicans preventing Democrats from voting?

Well, we were right.

The Palm Beach Post backed us up yesterday in a news item that said:


A new Florida law that contributed to long voter lines and caused some to abandon voting altogether was intentionally designed by Florida GOP staff and consultants to inhibit Democratic voters, former GOP officials and current GOP consultants have told The Palm Beach Post.

Republican leaders said in proposing the law that it was meant to save money and fight voter fraud. But a former GOP chairman and former Gov. Charlie Crist, both of whom have been ousted from the party, now say that fraud concerns were advanced only as subterfuge for the law’s main purpose: GOP victory.

Former Republican Party of Florida Chairman Jim Greer says he attended various meetings, beginning in 2009, at which party staffers and consultants pushed for reductions in early voting days and hours.

“They never came in to see me and tell me we had a (voter) fraud issue,” Greer said. “It’s all a marketing ploy.”


...A post-election report found that new voting restrictions led to a huge increase in provisional ballots, which are cast when there is some question of the voter’s eligibility.

While crying voter fraud, the Florida GOP had to confront its own scandal when a voter registration firm they hired turned in hundreds of fraudulent registration forms in several Florida counties. The GOP hastily cut ties with the group when the state opened a criminal investigation into their operations.