If you wonder why we keep telling you about all the Teamsters volunteering for Superstorm Sandy relief, it's because the need continues to be tremendous.

Brother Ralph Gagliano from Local 817 captured how tough things are in Coney Island while delivering supplies to the area. He posted a video on Joint Council 16's Facebook page, which shows hundreds of residents in food and clothing lines at MCU Park on Nov. 17.

Our brothers and sisters and their families are working with the Red Cross, National Guard, Occupy Sandy, their local union and their church. Or they're contributing money to the Teamsters Disaster Relief Fund.

Retiree George Corneliusson from Local 671 posted on Facebook a week ago:


Getting ready to leave for the union hall, today's mission: Take 18-wheeler to UPS Hartford collection donations for our N.J. Teamster brothers and sisters affected by Sandy, Tuesday UPS Windsor Locks for donations! 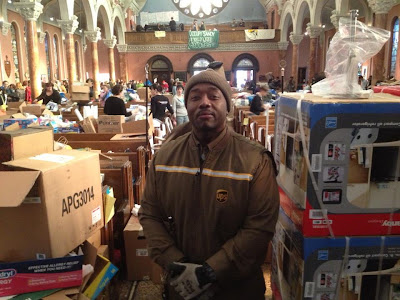 Our UPS brothers and sisters are volunteering with the Red Cross and with Occupy Sandy. The company is loaning trucks to the Occupy Sandy relief effort, and UPS employees are donating their time. Pictured above is Carl (we don't know his last name) volunteering during his vacation at St. Luke and St. Matthew Episcopal Church on Clinton Street in Brooklyn. 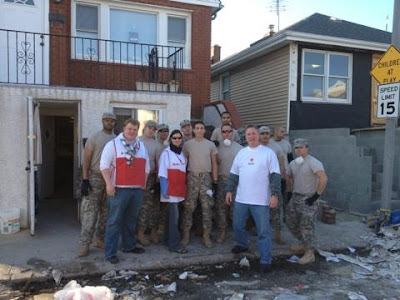 Last weekend, Teamsters loaded trucks in Red Cross warehouses and drove them to staging areas. Then they delivered desperately needed supplies to communities. Props to our brothers and sisters from locals 202, 560, 707, 812, 814, 817 and 917 for a magnificent effort. 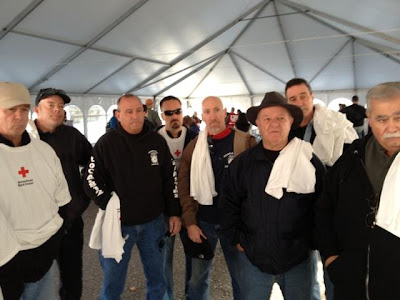 Dan Kane, president of Local 202, and his daughter Morgan loaded up Dan's car with supplies and went door to door delivering them. 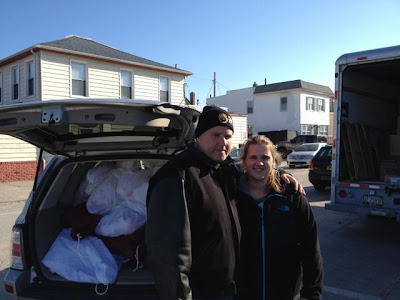 Local 202 is also sending a truck load of supplies to Bal Harbour today. 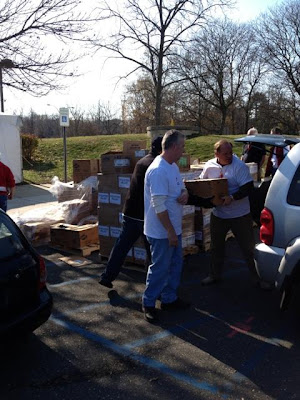 Here's one of the New Jersey warehouses, where Teamsters and their families loaded hundreds of trucks with relief supplies and drove them out to the staging areas. Here are Local 707 retiree Johnny Barr, B. Bellach, James Kane and Kevin Curry. 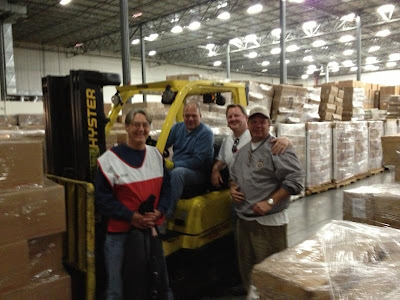 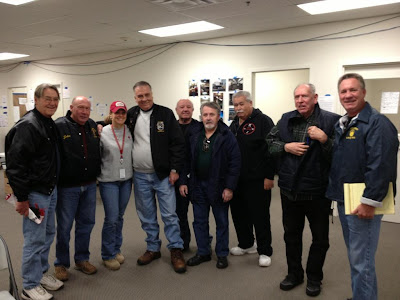 Posted by Teamster Power at 1:53 PM