Howard Wallace, founder of Pride at Work, dies at 76 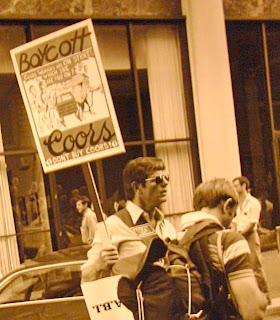 We just got this sorrowful news about a good Teamster friend:


It is with sadness that we share the news that yesterday, on Wednesday, Nov. 14, Pride at Work co-founder Howard Wallace passed away.

Howard, 76, had been struggling with Alzheimer's for several years and was in hospice here in San Francisco, cared for by a number of friends and members of the labor and LGBT communities.

Organizing since the 1960's, Howard was known throughout the movement for his pioneering work bringing together the LGBT community and labor movement, as well as his anti-war organizing. He was a great mentor and friend to many of us.

Howard was particularly known for his work with Harvey Milk and Allan Baird on the Coors Boycott and opposing the Briggs Initiative. In the 1970's, the Teamsters were fighting Coors because of racist and homophobic hiring practices, including firing gay and lesbian employees and demanding that workers take lie detector tests including questions about their sexual orientation. In 1977, nearly 1,500 workers walked off their jobs in protest.

Gay bars across the country pulled Coors from their shelves, and for the first time the LGBT and labor communities openly and substantially collaborated on a big fight.  After a 10-year movement-wide struggle, the boycott effort was finally won in 1987.

The "Briggs Initiative" ballot measure (1978) was designed to ban gays and lesbians from working in California public schools, and was defeated in part to a strong labor-LGBT coalition that Howard helped to build.

A memorial is expected in January.