This is how we union thugs roll when a hurricane hits

Teamsters today are answering the Red Cross's call to help distribute clean-up kits and supplies to victims of Hurricane Sandy. We're getting photos of Teamsters packing and loading supplies in New Jersey warehouses. They're also driving trucks and forklifts and shuttling volunteers all over the New York region.

This is a 24/7 operation. Brother William O'Bayley tells us he did the late shift last night, from 2am-4am!

UPS Teamsters were out in force, doing what they do best: Delivering!

Teamsters posted "How can I help?" on the Teamsters Facebook page. Some were given information on where to go or who to call. Those who lived too far away made donations to the Red Cross or the Teamsters Disaster Relief Fund. 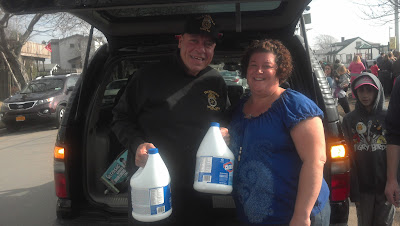 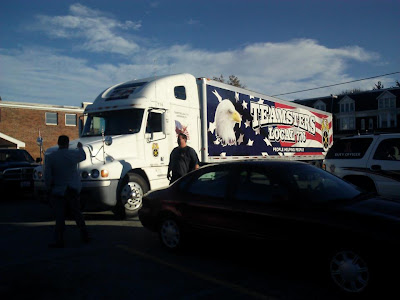 The Red Cross put together a great Flickr gallery here that gives you an idea of the scope of the operation.