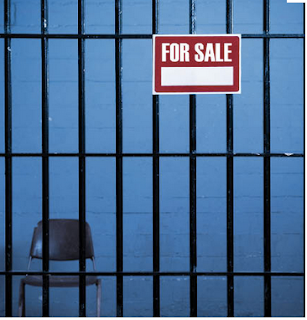 This is why privatizing essential government services is a dumbass thing to do. The New York Times reports on what happened at this privately run halfway house in New Jersey when Superstorm Sandy caused a power outage:

At least 15 inmates escaped from the halfway house, including some who had served time for aggravated assault, weapons possession and armed robbery.

It was one of the largest mass escapes in the recent history of New Jersey’s corrections system...

This will not surprise you: 50 law enforcement officers (paid for by taxpayers) were called to round up the inmates.

This won't surprise you either:


Community Education Centers, the politically connected company that runs the 650-bed halfway house, appears to have done little if anything to prepare for the storm. The workers on duty, many of whom were poorly paid, did not know how to operate the backup generator, witnesses said. They did not even have flashlights.

Charming.
Posted by Teamster Power at 7:59 AM