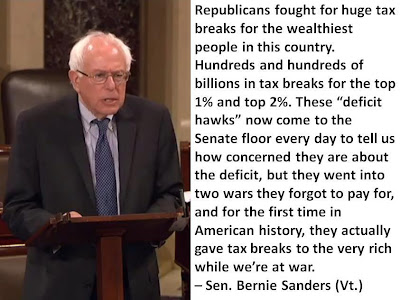 As extremist members of Congress work to reward their corporate paymasters with cuts to Social Security, Medicare and Medicaid, they should consider what government austerity does to commerce.

Because cutting retirement and health benefits earned by Americans is austerity.

And this is what austerity is doing to Europe, according to Ambrose Evans Pritchard:


The Dutch economy shrank by 1.1pc in the third quarter amid a deep housing slump, and even Austria has begun to succumb. Finland’s economy has shrunk by 1pc over the last year.

“Recession comes as no surprise and it is going to get worse next year,” said Desmond Supple from Nomura. “Europe has imposed dusted-off policies from the 1930s and they are driving peripheral countries towards depression,” he said.

“We are seeing a mix of pro-cyclical fiscal austerity, overly-tight monetary policy, and regulatory overkill under the Basel III bank rules that are forcing lenders to tighten credit. Europe is stuck in a bad equilibrium and it is not going to end until there is a change of course.”