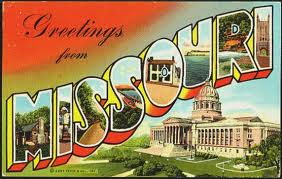 Some good news from Missouri yesterday: The state Supreme Court ruled that most government workers have collective bargaining rights and their employer must bargain in good faith.


The Court issued two rulings Tuesday - one dealing with unionized teachers at a St. Louis charter school, and the other dealing with police officers in University City and Chesterfield who wanted to unionize.

"Essentially, they're complete victories for the labor side," said Bruce Feldacker, a labor attorney who is an adjunct professor at Saint Louis University law school. "There's no question that governmental employers have a much clearer duty to bargain in good faith to teach and agreement now than was the status before these two rulings."

Two rulings from the Missouri Supreme Court have strengthened collective bargaining for public employees in the state.

The ruling in the police officer case overturned 55 years of precedent. In a 5-1 decision, the Court ruled that Article I, Section 29 of the state constitution imposes on public bodies the duty to bargain with its employees with the intent of reaching an agreement. An earlier ruling from 1957 said that Article I, Section 29 means that employers cannot block employees from organizing, but do not have to negotiate with the union.

Call it a battle victory in the war on workers.
Posted by Teamster Power at 9:22 AM