The super-rich are the new secessionists 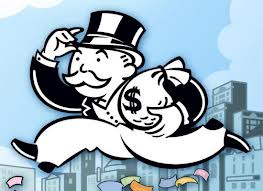 Here's a terrific article by Mike Lofgren in The American Conservative about the revolt of the super-rich. The whole thing is worth reading, but here's the meat of the argument:


...the rich disconnect themselves from the civic life of the nation and from any concern about its well being except as a place to extract loot.

Our plutocracy now lives like the British in colonial India: in the place and ruling it, but not of it. If one can afford private security, public safety is of no concern; if one owns a Gulfstream jet, crumbling bridges cause less apprehension—and viable public transportation doesn’t even show up on the radar screen. With private doctors on call and a chartered plane to get to the Mayo Clinic, why worry about Medicare?

Being in the country but not of it is what gives the contemporary American super-rich their quality of being abstracted and clueless. Perhaps that explains why Mitt Romney’s regular-guy anecdotes always seem a bit strained.

And here's an interesting fact about who is supporting our government (our military, our health care system, our highways, our space program):

Lofgren has written a new book, The Party Is Over: How Republicans Went Crazy, Democrats Became Useless, and the Middle Class Got Shafted. We just may have to pick it up.
Posted by Teamster Power at 12:07 PM