Kochs control the courts with junkets for judges

You don't suppose that all-expenses-paid trips to posh resorts just before important case reviews would have any effect on a judge's decision, do you?

Of course they do. It's exactly what the Koch brothers and their cabal have done for years. The Kochs honed the technique with state lawmakers through ALEC, the American Legislative Exchange Council. They use the same thinly-disguised bribery methods through their other front groups. Here's a list of phony think tanks and academic centers funded by the Kochs and their corporate pals: 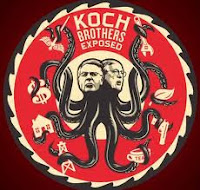 These junkets are designed to provide attending judges with an ultra-conservative, pro-corporate outlook on key issues.  During these free trips judges attend daily seminars provided by purported scientists, corporate executives and others advancing a one-sided, pro-corporate, free-market conservative ideology.  The seminars are designed to impart to the attending judiciary, corporate or business points of view on critical issues involving environment, economics, tort reform, EPA and takings law (eminent domain). 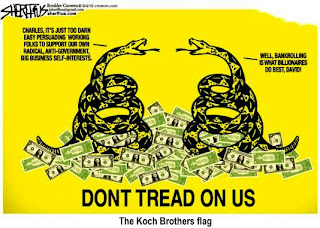 The cabal uses these free vacations in the same manner as the travel companies and time share companies do...everyone of us has been subjected to offers of "free vacations" for simply attending a time share presentation.  None of us plan on buying a time share, or joining a "discount" club - but face it, many do and for that reason the techniques are successful and continue to be used year after year.  These judicial education trips are no different.  Judges get an all expense paid trip, thinking they will have fun and can ignore the  propaganda presented in the seminars...but in the end, if they want to be able to take more of these trips, at some point they have to rule as if they've "learned" something at the previous ones, and thus be allowed subsequent trips.


...all of this is being done to advance an agenda that is totally partisan and dedicated to the views and positions held by one political group - a minority view.  This is how the conservative faction has become able to successfully pursue their vision of democracy and America over the objections raised by the majority.  We now can clearly see all their activities; the model legislation, resolutions, judicial and legislative influences and the corruption bought through campaign contributions.  It all has a purpose, design and end goal...none of which any of us as true Americans will accept or condone.

For an exhaustive investigative report on how these groups pervert our democracy to their own benefit, read the whole Daily Kos diary here.