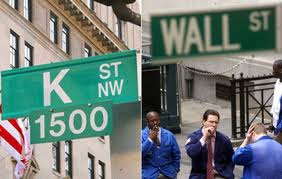 We know deregulating the banks was a mistake. But here's a judge appointed by President Ronald Reagan saying it was a mistake to deregulate the banks.


Federal judge Richard Posner said his one-time support for deregulating the financial industry was based on a “basic misunderstanding,” in an interview with Eliot Spitzer on Current TV. His about-face is all the more noteworthy because Posner was appointed by Ronald Reagan, the president known to advocate for leaving businesses alone.

“I was an advocate of the deregulation movement and I made -- along with a lot of other smart people -- a fundamental mistake, which is that deregulation works fine in industries which do not pervade the economy,” he said in the appearance on Spitzer’s “Viewpoint.” “The financial industry undergirded the entire economy and if it is made riskier by deregulation and collapses in widespread bankruptcies as what happened in 2008, the entire economy freezes because it runs on credit.”