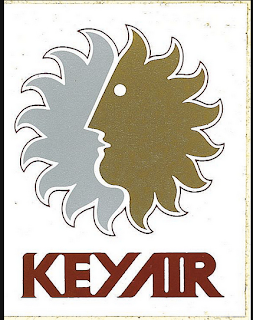 Mitt Romney touts his background as a private equity tycoon -- something that's supposed to help him manage the U.S. economy. But along with firing workers and outsourcing jobs, Romney’s business experience includes union busting.

A recent report in the Financial Times says a Bain-controlled company ran an illegal campaign in the 1980s to stop employees from organizing:


Key Airlines, an early investment for the private equity firm founded by a young Mitt Romney and two associates, broke the law by attempting to coerce and then dismiss two pilots who tried to organize a union. Two months after a union vote failed, Bain agreed to sell Key Airlines at a large profit.

Key Airlines was not just guilty of unfair labor practices. A federal judge said the company was engaged in willful and repeated violations of the Railway Labor Act while Romney was a director and shareholder of the airline.

The 21 pilots who were trying to form a union were motivated mainly by safety concerns. But Key responded by holding coercive meetings and intimidating the workers. Two of the pilots were told to sign resignation letters as punishment for their organizing efforts.

So what’s Romney’s response to revelations about his link to union busting? Mr. One Percent railed against Obama:


"Despite unemployment over 8 percent for more than three years, President Obama continues to put the interests of labor bosses ahead of the interests of Americans looking for work," added Michele Davis, a spokeswoman for the campaign.

Um, what do pilots trying to improve safety and other conditions on the job have to do with the unemployment rate and labor leaders? The answer is nothing – unless you’re trying to become a president who puts the interests of Wall Street bosses ahead of the interests of working Americans.

Romney’s anti-union business experience is by no means surprising. But it gives us yet another reason to fear a Mitt Romney presidency.