Has Montana passed the labor reform we need? 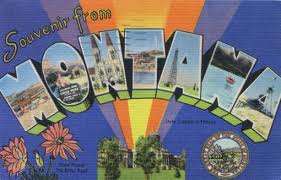 John Steinbeck decided Montana was his favorite state during his travels across the country with his poodle Charley:


I’m in love with Montana. For other states I have admiration, respect, recognition, even some affection. But with Montana it is love.


The effects of the court’s stay are already being felt here. The ink wasn’t even dry when corporate front groups started funneling lots of corporate cash into our legislative races. Many of the backers have remained anonymous by taking advantage of other loopholes in federal law.

But it’s easy to figure out who they are: every industry that wants to change the laws so that more profit can be made and more citizens can be shortchanged.

I know this because I’ve started receiving bills on my desk that have been ghostwritten by a host of industries looking to weaken state laws, including gold mining companies that want to overturn a state ban on the use of cyanide to mine gold, and developers who want to build condos right on the edge of our legendary trout streams.

Here's the second reason we might fall in love with Montana: The state passed a law requiring employers to show just cause before firing a worker.


...one of the top reasons workers are afraid of organizing is the knowledge they are likely to be terminated.

Our existing laws have not diminished workers’ fears because the procedures are too uncertain and lengthy (two to three years at the Labor Board and another two years in the courts) to provide any assurance. Winning state “just cause” laws that allow cases to be decided quickly by arbitrators might give workers more confidence.

...the United States is alone among industrialized countries in allowing at-will employees to be terminated for arbitrary reasons. Because of union protests and aggressive legal action, Germany, France, Japan, Sweden, the United Kingdom, and South Africa require employers to have a just cause to dismiss non-probationary employees.

One state has also passed such a law. The Montana Wrongful Discharge from Employment Act was passed in 1987. Applicable to non-union non-probationary employees, it prohibits discharges without good cause, allows workers to sue for up to four years of back pay, and provides a way for workers to recover attorneys’ fees.

Despite fear-mongering by opponents, the Big Sky state’s robust economic growth has not been affected. Statutes in Puerto Rico and the Virgin Islands also prohibit termination without “good cause.”

We think they may have something there.
Posted by Teamster Power at 8:32 AM