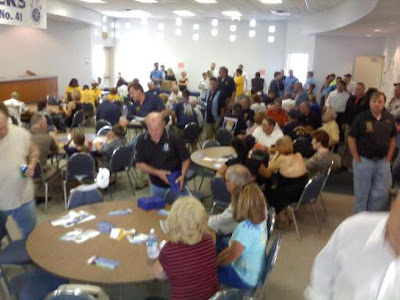 "Come out to Teamsters Local 436 to meet the candidates, bring your family and enjoy some hot dogs and snacks as well as some good old-fashioned union brotherhood," said the "Meet the Candidates of Northeastern Ohio" Facebook Event page.

The picnic was a great success, according to Matt Ford, political coordinator for Local 507. It was held Saturday at the union hall in Cleveland. We learn from Local 436's Facebook page,


We couldn't have asked for a better day Saturday, nice crowd, candidates, and brotherhood! Thanks to everyone who pitched in to make this event special! 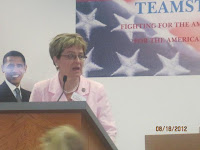 Props to Brother Fred Crow, who organized the event, and Brother Bill Lichtenwald, president of the Ohio Conference of Teamsters, who sponsored it, along with DRIVE (have you made your pledge yet?). We understand Brother Lichtenwald gave one helluva speech.

Anthony Fossaceca, candidate for Ohio House 6th district, posted on Facebook that he was grateful for the hot dog:


Great job, Fred! Thanks for the invitation. The hot dog was the only meal I ate today! Too many doors to hit.

Fossaceca also posted a photo of U.S. Rep. Betty Sutton speaking to the crowd. Sutton is a Teamster BFF and a solid opponent of job-killing trade deals. She faces a challenge in her newly formed 16th district. We note another Teamster BFF, Rep. Marcy Kaptur, spoke to the group. Like Sutton, Kaptur is with us all the way on trade.

Bill O'Neil, candidate for Ohio Supreme Court, posted a photo of himself with a sister from the UAW. His comment:

Other pro-worker, pro-middle-class candidates who were invited to mingle with the union brother- and sisterhood included:

There were also lots of cool cars... 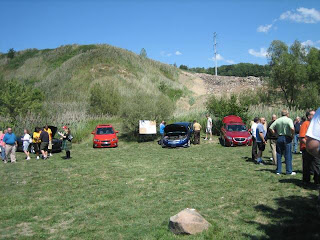 Posted by Teamster Power at 3:20 PM