Paul Ryan: 'Premium wine for me, catfood for seniors' 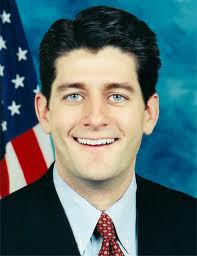 In case you've forgotten, we wanted to remind you about the time Paul Ryan ordered two bottles of wine for $350 while dining with lobbyists for the 1% a couple of economists. Ryan is the presumptive Republican nominee for vice president. (Be scared.)

Ryan is another one of those deplorable Wisconsin Republicans who wants to destroy the middle class. His preferred method is to kill Medicare and cut Social Security benefits.

Talking Points Memo had the story:


Susan Feinberg, an associate business professor at Rutgers, was at Bistro Bis celebrating her birthday with her husband that night. When she saw the label on the bottle of Jayer-Gilles 2004 Echezeaux Grand Cru Ryan's table had ordered, she quickly looked it up on the wine list and saw that it sold for an eye-popping $350, the most expensive wine in the house along with one other with the same pricetag.

Feinberg, an economist by training, was even more appalled when the table ordered a second bottle. She quickly did the math and figured out that the $700 in wine the trio consumed over the course of 90 minutes amounted to more than the entire weekly income of a couple making minimum wage.

We just love this detail:

Feinberg said all three men were "droning on loudly during the evening that liberals think that if you're a millionaire, you have done something wrong."

Ryan relied on Social Security benefits to go to college after his father died, but he wants to kill Social Security, too. And his budget? Here's Robert Greenstein from the Center for Budget and Policy Priorities:


The new Ryan budget is a remarkable document — one that, for most of the past half-century, would have been outside the bounds of mainstream discussion due to its extreme nature. In essence, this budget is Robin Hood in reverse — on steroids.  It would likely produce the largest redistribution of income from the bottom to the top in modern U.S. history and likely increase poverty and inequality more than any other budget in recent times (and possibly in the nation’s history).