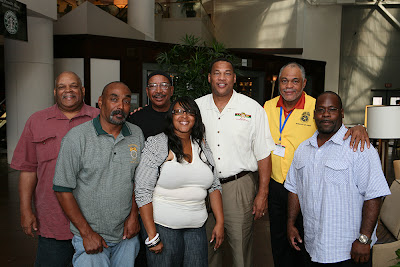 Never has it been more important to elect candidates who stand with us in the war on workers.

More than 400 Teamsters and their families came to this year's conference. The theme: "Mobilizing the Movement and Making a Difference." 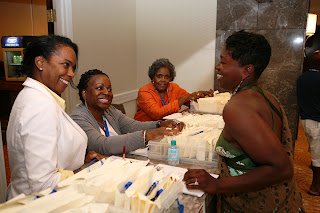 This is a pivotal election year because the well-being of working families is at stake. We all need to get out and educate our co-workers about the importance of electing worker-friendly candidates.

Harvey Jackson, TNBC vice chairman and president of Local 1150 in Stratford, Ct., said they're preparing for next year's 50th anniversary of the Civil Rights movement in Atlanta.


People sometimes forget that the Rev. Martin Luther King, Jr.'s last trip, to Memphis, was to protect the labor rights of the sanitation workers. The two movements are related and we all need to step up the fight so that the gains that have been made over the past 50 years are not lost.

Delegate Jerome Singletary is attending his first TNBC conference. He's a member of Local 396 in Los Angeles and a steward at Republic Services, where he drives a bin delivery truck.


I'm just blown away from the information I'm learning. From the opening remark to the young guys who did the Step Show from the Iota Phi Theta fraternity, to the workshops, it's been great.