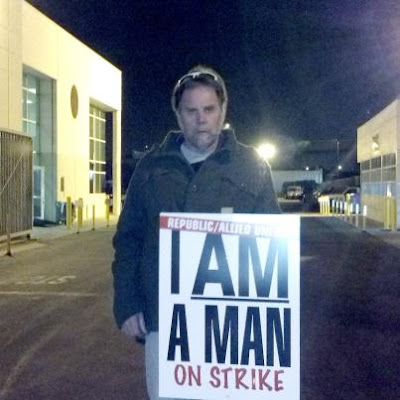 This morning, striking Republic landfill workers from Local 377 in Ohio extended their picket line to Republic's transfer station, yard and materials recovery facility in Anaheim, Calif. More than 400 Local 952 and 396 members are honoring the line in a strong show of Teamster solidarity.

The striking landfill workers are members of Teamsters Local Union 377 in Youngstown. They have been on strike since March 27, 2013. They are exercising their legal right to strike in protest of Republic’s violations of federal labor law that exists to protect workers’ rights. 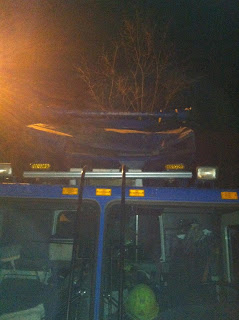 The transfer station workers in Anaheim who are honoring the picket lines of their striking colleagues are members of Teamsters Local Union 952 in Orange, Calif. The drivers and MRF workers are members of Teamsters Local 396 in Covina, Calif. These workers have the legal right to refuse to cross picket lines in support of striking Republic colleagues.

Teamsters at eight other Republic/Allied locations have honored extended picket lines, even as scabs wreak havoc on the company's trucks and equipment. The photo above  shows what happens whenRepublic's replacement workers don't how to dump the can on a front loader properly

For frequent updates, go to the Republic Services Teamsters Facebook page or the PickUpTheGarbage.com website.
Posted by Teamster Power at 3:08 PM