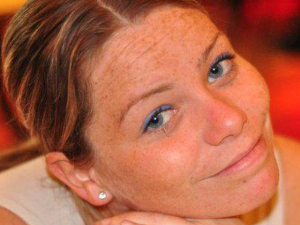 Teamsters from Local 25 in Boston will protect the family of bombing victim Krystle Campbell during her funeral tomorrow morning. Members of the Westboro Baptist Church are expected to protest.


Family and friends are saying final good-byes to Krystle Campbell, one of the three people who lost their lives in the bombing at the Boston Marathon finish line.

A wake for Campbell is being held Sunday at a funeral home in Medford, where the 29-year-old restaurant manager was raised and graduated from high school in 2001. A private funeral is scheduled for Monday at St. Joseph Church.

Local 25 was contacted by some concerned citizens of Medford asking for help to keep members of the Westboro Baptist Church from protesting the funeral of Krystle Campbell, scheduled for tomorrow morning at 10 AM in Medford.


Teamsters Local 25 will be out in full force tomorrow morning at St. Joseph’s Church in Medford to form a human shield and block the Westboro Baptist Church from protesting the funeral of Krystle Campbell. The Campbell family and friends have already endured immeasurable amounts of heartache and tragedy this week, and deserve a peaceful funeral with time to grieve privately.

Westboro Baptist Church should understand that we will go to great lengths to make sure they don't protest any funerals of the victims of the past week’s tragedies, and that those we lost receive a proper burial.

According to information sent out from the Westboro Baptist Church, the protest will happen from 9:15 - 10:00 AM.
Posted by Teamster Power at 8:04 PM