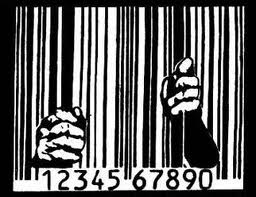 ThinkProgress today reported on the swift decline of the nation's first privately owned (not just operated) prison in Northern Ohio:


In an unprecedented experiment fueled by budget concerns, Ohio sold a state prison to Corrections Corporation of America, one of the largest private prison corporations in the country, in 2011. Within a year, a state audit of Lake Erie Correctional Institute, the nation’s first privately owned state prison, found rampant abuse and abysmal conditions well below state standards. The CCA prison was given another chance to pass, but flunked another inspection four months later. Independent reports continue to illuminate filthy, broken facilities, as well as much higher rates of crime and violence in and around the prison. On Tuesday, the ACLU of Ohio sent Ohio lawmakers a comprehensive timeline of the prison’s decline since CCA took over.

The Lake Erie prison is now reportedly overcrowded at 130 percent capacity, with single-person cells holding 3 inmates each, according to internal documents obtained by the ACLU. Assaults on guards and other inmates have skyrocketed by 40 percent.

In fact, on the same day the ACLU released their timeline, the Lake Erie prison had to tamp down a series of inmate fights that lead to the confinement of 500 inmates.

We've known for a long time that privately operated prisons suck, so it's no surprise that a privately owned prison would suck even worse.

But the recent news that Ohio allows debtor prisons to exist suggests something even more sinister: illegal institutional efforts to imprison poor people for being poor. .... Which creates a whole new population for private prisons!

Here's the expose from US News:


Several courts in Ohio are illegally jailing people because they are too poor to pay their debts and often deny defendants a hearing to determine if they're financially capable of paying what they owe, according to an investigation released Thursday by the Ohio chapter of the American Civil Liberties Union.

The ACLU likens the problem to modern-day debtors' prisons. Jailing people for debt pushes poor defendants farther into poverty and costs counties more than the actual debt because of the cost of arresting and incarcerating individuals, the report said.

"The use of debtors' prison is an outdated and destructive practice that has wreaked havoc upon the lives of those profiled in this report and thousands of others throughout Ohio," the report said.