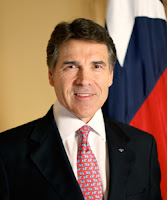 But a recent study by the Center for Immigration Studies shows Texas is not so great for American workers. Eight out of 10 of the jobs created in Texas since 2007 were filled by newly arrived immigrants, the study shows.

Now we take the CIS with a big grain of salt. It describes itself as an "independent, non-partisan, non-profit research organization," which is generally code for "right-wing advocacy group." According to the CIS website,


It is the Center's mission to expand the base of public knowledge and understanding of the need for an immigration policy that gives first concern to the broad national interest. The Center is animated by a pro-immigrant, low-immigration vision which seeks fewer immigrants but a warmer welcome for those admitted.

Having posted all that, here's what the CIS study showed:


•Of jobs created in Texas since 2007, 81 percent were taken by newly arrived immigrant workers (documented and undocumented).

•Of newly arrived immigrants who took a job in Texas, 93 percent were not U.S. citizens. Thus government data show that more than three-fourths of net job growth in Texas were taken by newly arrived non-citizens (documented and undocumented).

•The share of working-age natives holding a job in Texas declined significantly, from 71 percent in 2007 to 67 percent in 2011.

•Of newly arrived immigrants who took jobs in Texas since 2007, we estimate that 50 percent (113,000) were undocumented immigrants.

•More than one out three (97,000) of newly arrived immigrants who took a job had at least some college.

Read the whole thing here.
Posted by Teamster Power at 7:20 AM