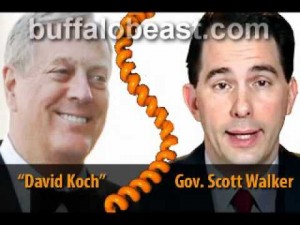 This just in from the Milwaukee Journal Sentinel:

Gov. Scott Walker's chief spokesman has been granted immunity in the ongoing John Doe investigation of the governor's current and former aides, it was learned Friday.


Former Appeals Court Judge Neal Nettesheim, who is overseeing the secret criminal probe, said he had granted immunity to three people, including Cullen Werwie, spokesman for Walker, in this part of the case. Records show he was granted immunity April 14...

Lucht is the manager of community development with Wisconsin & Southern Railroad... Dieck, a longtime Republican operative, is listed as the chairwoman of the southwest surburban branch of the Milwaukee County Republican Party. She was granted immunity on Dec. 21.

Posted by Teamster Power at 8:23 PM