Kentucky Teamsters from Locals 651 in Lexington and 89 in Louisville stood out in the rain last week to tell visiting Wisconsin Koch whore Gov. Scott Walker he wasn't welcome. Their protest was covered by the Lexington Herald-Leader.  The Hillbilly Report posted video of the action, and now we learn The Cap Times in Madison, Wisc., posted a story: "Scott Walker raises a ruckus in Kentucky, too." 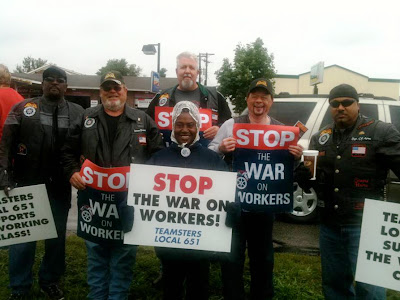 Walker was campaigning for David Williams, Republican candidate for governor. According to The Cap Times, 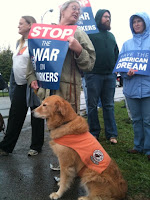 ...recent polls are showing Williams trailing Democratic incumbent Gov. Steve Beshear by large margins -- almost 29 percentage points in one poll. It will be curious to see if Walker will be considered a Republican asset in closer races.

We also have a few more pictures of the demonstration, thanks to brother Steve DeWeese. 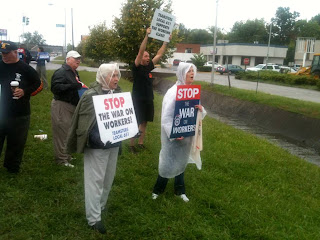 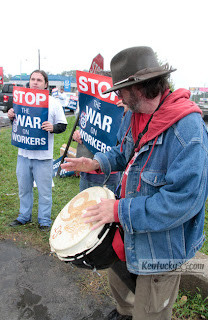