﻿ ﻿﻿﻿﻿﻿﻿﻿ ﻿﻿﻿﻿﻿﻿Here's message from Occupy Together, the website that keeps us posted about Occupy Wall Street-style protests around the country:

There was a large march in NYC that resulted in an estimated 80 arrests. Many protestors endured police aggression, pepper spray and mace, baton beatings, and harassment during their march this afternoon. Little to no media coverage has been so far, even after such a challenging day. Still, the protestors remain steadfast and determined as the rest of country slowly begins to get word of what is happening.


The New York Police Department could not confirm how many arrests had been made because they were still being processed, a spokesman said.

A video has circulated of a police officer throwing a protestor to the ground. The reason for the violence is unknown – the video shows the man standing in what seems to be a non-threatening manner before the attack.

Another video shows police officers shoving male and female protestors off the street, and using a large orange net to move the crowd.


@DustinSlaughter: The more people that show up, the more hesitant the #NYPD will be to move in. KEEP SHOWING UP, PEOPLE! #Occupywallstreet #unionsquare

@PoliticalKix: As a 40-year old, the thing that gives me hope for this country now is the people at the Occupy Wall Street prote http://t.co/cEI6SZSL

Here's what's happening around the country: 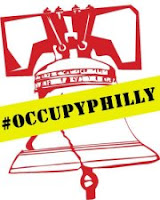 Day 2 of our occupation was another great success. The enthusiasm is increasing and our numbers have grown. We marched again, this time down Michigan Avenue and through Millennium Park, and the number of overnighters camping out tonight in front of the Federal Reserve Bank of Chicago have more than doubled!

We’re preparing for another day of solidarity tomorrow, and we plan to continue to occupy Chicago in unity with our brothers and sisters across the nation and around the world until our grievances are addressed and our democracy is revitalized.

Occupy Atlanta is getting its act together with a Facebook page. Here's a posting:


We didn't march, we met for an organizational meeting to get things together so that we are ready when the day comes. Tentatively Might be looking at in a couple weeks. We need to have food, first aid, IT/video group

Occupy Denver held a protest rally yesterday at the Capitol. Today is Day 2. According to the Facebook page, another Statehouse rally is planned for today. Here's the call to arms:


BRING YOUR SIGNS, YOUR VOICES, ANY THING YOU HAVE TO GET THE POINT ACROSS! BRING YOUR FRIENDS!! SPREAD THE WORD!! THERE IS NO END DATE AND TIME ON THIS EVENT!!


A movement, similar to the “Occupy Wall Street” demonstration occurring in New York, is building in Los Angeles.

Today, protesters hit the streets of downtown to spread the word of their crusade. Later they joined a rally in front of City Hall with the environmental group 350.org. Approximately 70 activists attended.

Void of any discernible ideology or politics, and comprised mostly of youths, protesters are expressing their displeasure with Wall Street greed, corporate influence in politics and the overbearing power of the super-rich over ordinary Americans.

Occupy Philadelphia is selling T-shirts and working to enlist unions. No more word on Teamster involvement but we'll keep you posted. Occupy Seattle has an action planned for today. From its Facebook page yesterday:


Tomorrow at the Paramount, wear a $1 bill with the Eye of Providence facing out so we know who you are. There will be many groups there.

Occupy San Diego is getting its act together with a Facebook page. Some postings:


Let's get together with Los Angeles and Orange County to unify our efforts in mutual support! We can lend each other our numbers and energy, love in our move to lift this 1% oppression!

We are begining to establish a relationship with the San Diego ACLU, as we form our Occupy San Diego legal wing

Occupy San Jose is also getting started with a Facebook page. So is Occupy Sacramento and Occupy Boston. And here's this from Occupy Nashville:

And let's not forget Occupy Texas.
Posted by Teamster Power at 11:34 AM