Shop steward fired on trumped-up charges, gets job back 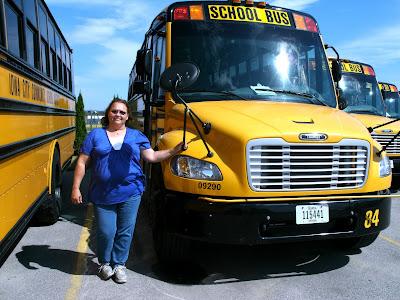 Kathy Bowers, a member of Teamster Local 238 in Iowa City, Iowa, is back on the road after a long 15 months. The driver for Durham School Services, a school bus company, finally opened the doors to her bus earlier this week after being let go by the company more than a year ago.

Durham might argue the incident started in May of last year, but Bowers says otherwise. She believes the company, which is staunchly anti-union, targeted her when she became a shop steward. Bowers said,


They were looking for any and every reason to get rid of me. At one time, they were going to write me up for horse play because of the way I said good morning to a co-worker. I gave him a slight punch in the arm and the company said that behavior was ‘unbecoming to my position as a steward.’

So when Bowers backed her bus into a parking space, catching the mirror on another bus last spring, Durham jumped at the chance to fire Bowers for what it claimed was an accident. Bowers argued her case, but the company refused to listen.

That’s when Local 238 took the dispute to arbitration. Said Kimbra Wilson, business agent for the local:


This was something we knew we were going to fight. This really wasn’t an accident—there was no damage to the bus and no cost to the company. Instead of breaking off, the mirrors are designed to pop out and that’s exactly what the mirror did. The mirror was simply popped back into its bracket, but Kathy was fired.

The arbitration went to court. Durham stalled, prolonging the process, but Bowers never gave up hope. Finally, a decision in Bower’s favor was handed down in August. Bowers said,


I was ecstatic. I can honestly say that Durham was trying to bust the union. It was nice to see the union come through and show Durham that we aren’t going anywhere.

The arbitrator awarded Bowers back pay and demanded that she be returned to work immediately. Though Durham made Bowers fill out a new application, take tests and get a new DOT physical, she is now back where she belongs: behind the wheel. Again, here's Bowers:


I just love the kids. I really like talking to the kids that ride my bus and learning their interests. For me, bus driving is freedom—it’s not sitting behind a desk all day.