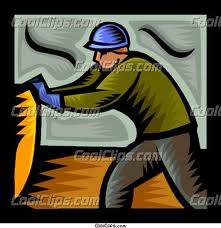 Amazon.com's Pennsylvania warehouse got so hot during heat waves that the company stationed paramedics in ambulances outside the building to treat workers suffering from dehydration.

That's according to the Allentown Morning Call, which deserves props for a terrific story on the brutal conditions inside the Lehigh Valley facility. The Morning Call interviewed 20 employees and found,


Workers said they were forced to endure brutal heat inside the sprawling warehouse and were pushed to work at a pace many could not sustain. Employees were frequently reprimanded regarding their productivity and threatened with termination, workers said. The consequences of not meeting work expectations were regularly on display, as employees lost their jobs and got escorted out of the warehouse. Such sights encouraged some workers to conceal pain and push through injury lest they get fired as well, workers said.

During summer heat waves, Amazon arranged to have paramedics parked in ambulances outside, ready to treat any workers who dehydrated or suffered other forms of heat stress. Those who couldn't quickly cool off and return to work were sent home or taken out in stretchers and wheelchairs and transported to area hospitals. And new applicants were ready to begin work at any time.

An emergency room doctor in June called federal regulators to report an "unsafe environment" after he treated several Amazon warehouse workers for heat-related problems. The doctor's report was echoed by warehouse workers who also complained to regulators, including a security guard who reported seeing pregnant employees suffering in the heat.

In a better economy, not as many people would line up for jobs that pay $11 or $12 an hour moving inventory through a hot warehouse. But with job openings scarce, Amazon and Integrity Staffing Solutions, the temporary employment firm that is hiring workers for Amazon, have found eager applicants in the swollen ranks of the unemployed.

Many of the workers are temporary, hired by Integrity Staffing Solutions. Check out their website. It features a pretty blonde woman smiling next to the caption, "Apply Now and Find Your Dream Job."


The warehouses, in fact, are part of an elaborate system enabling Wal-Mart and its competitors to keep their prices low and their revenues high by depressing wages and labor costs all along their supply chains—and to protect outfits like Wal-Mart from responsibility for working conditions. The giant retailers that have come to dominate much of the American economy don’t own many of the hundreds of warehouses in Fontana or anyplace else.

Talk about class warfare.
Posted by Teamster Power at 6:50 AM