Chris Hedges is a Pulitzer Prize-winning journalist who visited the Occupy Wall Street encampment over the weekend and recorded this video. It's a longish video, but worth watching.. 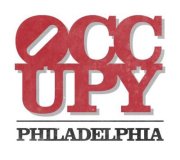 Hedges explains why so many police are deployed to contain and arrest Wall Street protesters, of whom there are probably only a couple hundred now. Even the Department of Homeland Security sent a 100-member Chemical and Biological Response Unit to Fuccotti Park. Hedges says this about the protests:


This is really where the hope of America lies. All the efforts of intimidation that we've seen by the police in New York, the disproportionate amount of force and the disproportionate  numbers that have been deployed to contain the protest here, for me, illustrates that the real people who are scared are the power elite. Of course they're trying to make you scared...on the inside they are very, very frightened. They do not want movements like this to grow. ....They understand...the cimrnal class in this country has seized power. Those people in the plaza, those people carrying out these protests...are conservatives in this sense: They call for the rule of tlaw, they call for the restoration of the rule of law. 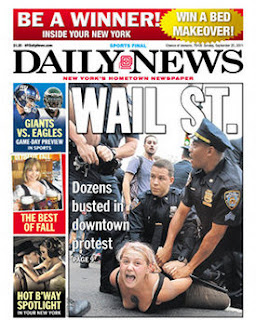 Hedges -- and others -- say that the Occupy Wall Street plan is to stay until Oct. 6, then move the protest to Washington, D.C.

Photos of the arrests and rough treatment of the protestsers at Union Square can be seen here. More here. And a slide show here.

Nathan Schneider at Common Dreams writes a thoughtful first-person account of what happened over the weekend here.

Anthony DeRosa at Reuters -- a financial wire service -- praised the protesters in an opinion piece.


Dismiss them if you will, they’re motivated and mobilized. An apathetic population asked to foot the bill for the fallout from credit default swaps is exactly what the 1% ordered. The last few years the country has been told to fear an economic collapse if the masses fail to fork over what amounts to corporate welfare, and more recently, that more jobs will be lost if we close tax loopholes. Many claim that these protesters are anti-capitalist, but most are simply disillusioned by a form of capitalism they suggest is so far out of whack that the opportunity for bootstrap pulling is nearly non-existent. They propose that the current environment unapologetically favors the richest of the rich. Check out the Occupy Together website for news about the growing movement.
Posted by Teamster Power at 2:06 PM