Whoa! NFL Players Assoc. to join anti-RTW rally in IN 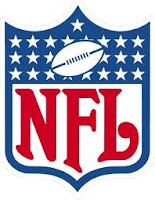 This just in: According to WTHR in Indianapolis, NFL players will join a rally against right-to-work-for-less sometime between now and the Super Bowl:


With 18 days until the Super Bowl, the Players Union says it will join peaceful protests in Indianapolis, but it's unclear if that means picket lines outside Lucas Oil Stadium on game day.

We don't know much more than that, but this is just awesome news!  These guys have been so great -- they put out a statement opposing right-to-work, and six Hoosier players sent letters to lawmakers telling them to vote no. The head of the NFLPA, Dee Smith, did a terrific interview with The Nation. Here's the money quote:


If folks in Indiana and that great legislature want to pass a bill that really is something called “Right to Work,” have a constitutional amendment that guarantees every citizen a job, that’s a “right to work.”


What this is instead is a right to ensure that ordinary working citizens can’t get together as a team, can’t organize, can’t stand together and can’t fight management on an even playing field. From a sports union, our union, our men and their families understand the power of management and understand how much power management can wield over an individual person. So don’t call it a “right to work.” If you want to have an intelligent discussion about what the bill is, call it what it is. Call it an anti-organizing bill. Fine. If that’s what the people want to do in order to put a bill out there, let’s cast a vote on whether or not ordinary workers can get together and represent themselves, and let’s have a real referendum.

Posted by Teamster Power at 8:45 AM