This PO'd retired Teamster tells it like it is about Hostess 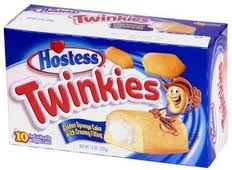 Our Teamster sister who goes by the handle RuralRoute wrote a stirring DailyKos diary today about Hostess's bankruptcy of convenience.

We direct you to the full diary here, and offer a taste of what she has to say about Hostess's second bankruptcy in less than 10 years:


The nearly five year long bankruptcy produced little improvements in efficiency, only wage and benefit concessions. And despite having just expanded the corporate offices in Kansas City, on emerging from bankruptcy number one the executives changed the company's name to Hostess Brands and leased some pricey office space in more fashionable Houston.

Hostess has been coercing further concessions around a year now, and the union's membership have rightly rebuked them. Several months ago Hostess quit making contractually and legally obligated payments to the pension plans completely. Having failed to intimidate their union workers, Hostess has filed for bankruptcy, again. Our pensions are threatened, while the company's retired executives relax in the wealthier suburbs of Kansas City and other environments... You can look up their swank addresses and maxed out contributions to the republicans at opensecrets.org.

One bankruptcy is... Enough!

This retired Teamster Hostess worker and her brothers and sisters have had enough of "convenience" bankruptcies. It's time for the bankruptcy courts to say "No" and tell Hostess and similar deadbeat corporations to end the shakedown of their workers and pay up, even if it requires a "clawback" of those millions in unearned executive bonuses. Greedy CEO's will fleece us again and again... Until we stop them!