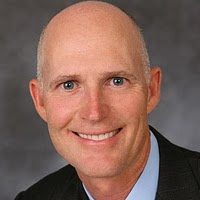 About 1,300 jobs are in jeopardy. Local communities face economic devastation.

Today the Teamsters, who represent Florida Department of Corrections Officers, called for field hearings on the prison closure plan. Here's part of the statement from Ken Wood, acting president of the corrections officers' local 2011 and president of Joint Council 75 in Tampa:


These proposed closures would devastate the dedicated correctional officers who work at these facilities, their families and the small businesses in the surrounding communities. The decision to close these prisons has been anything but transparent. It would be a dereliction of duty to rush into prison closings without careful public review, especially when the economic health of our communities and the safety of our citizens are at stake...

Given the governor’s ties to the private prison industry, these proposed closings seem to be politically motivated attacks on Florida’s working families ... It’s curious, for example, that none of Florida’s private prisons were slated for closure.

Is this really a plan to save money or is it part of a plan to privatize Florida’s entire correctional system?

Scott’s attempt to privatize Florida’s correctional system is currently tied up in the courts. The Teamsters have filed an ethics complaint against him, charging a conflict of interest because he accepted political contributions from private prison companies. Yesterday, the First District Court of Appeal denied a motion to dismiss the Teamsters' case.

Another day, another state, another politically motivated attack on working families.
Posted by Teamster Power at 3:00 PM