Teamsters on Obama's challenge to China 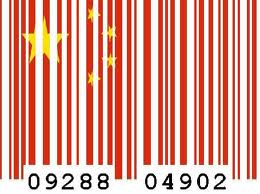 President Obama today filed a trade complaint against China for illegally subsidizing autos and auto parts for export. Our friends at the Economic Policy Institute estimate that China puts 1.6 million U.S. jobs at risk in the auto parts industry alone.

Those subsidies directly harm working men and women on the assembly line in Ohio and Michigan and across the Midwest. It's not right; it's against the rules; and we will not let it stand.


We are pleased the Obama administration is acting to stop China’s illegal subsidies... President Obama is sending a strong message to China that its protectionist policies that hurt American workers must end...

We must fight back to keep good-paying American jobs here at home. I’m pleased President Obama is backing up his commitment to do so with action, insisting that China play by global trading rules.


When Romney was in charge of Bain Capital, for example, the firm invested millions in a company that manufactured household appliances using cheaper labor in Dongguan, China.

Romney also has between $500,000 and $1 million invested in a Bain Capital fund that has been used to purchase shares of GOME, a Chinese electronics company, according to the financial disclosure form Romney filed in June. That company — in which Bain has been one of the largest outside shareholders — is being sued by Microsoft Corp. for selling computers with pirated versions of its Windows and Office software...


When Romney was at Bain, the firm also invested in a Chinese company called Global Tech Appliances Inc., which manufactured washing machines and other products at Chinese factories to export to US consumers.

According to Securities and Exchange Commission documents that were first reported by Mother Jones magazine, a Bain Capital affiliate, Brookside Capital Partners Fund, acquired about 6 percent of Global Tech Appliances on April 17, 1998. Romney was listed as the “sole shareholder, sole director, President and Chief Executive Officer of Brookside Inc. and thus is the controlling person of Brookside Inc.”