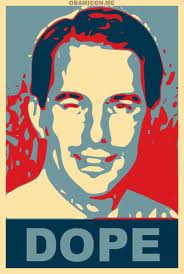 Then they try to shovel government money at their corporate pals.

Unfortunately for Wisconsinites, Walker's attempts to pick winners isn't working so well. His new Economic Development Agency is forking over money to corporations without finding out first if they'll even survive. Or the Agency is giving vast quantities of cash to companies that will create only a handful of jobs.

At least that's what the federal government says, according to the Wisconsin State Journal in a story titled, 'Feds slam state agencies over use of economic-development money.' 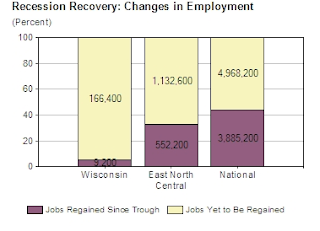 The employment picture in Wisconsin so far this year has been grim. Whereas the country has seen year-on-year (y/y) job growth above 1.0% each month through July, the Badger State has seen y/y declines every month. As of July, Wisconsin payrolls had shed 0.8% since the same time last year. Although the state's important manufacturing sector is creating jobs, expanding at a 1.3% pace since July 2011, many other sectors continue to decline.

Clearly, austerity in Wisconsin isn't working any better than it is in Europe.

Posted by Teamster Power at 4:37 PM