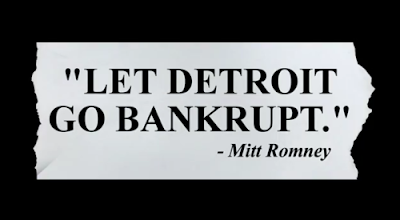 Thousands of jobs are back in Ohio because President Obama did two things: He got tough on China and he rescued the auto industry.

That's according to Ohio Congressman Tim Ryan, who represents Youngstown. He should know. Northeastern Ohio suffers deeply because manufacturers fled to foreign competitors. But now they're coming back, partly because President Obama slapped tariffs on Chinese tires and steel tubing.

Ryan said today in a conference call with bloggers and reporters that those tariffs have had huge benefits in Ohio:


When we see tariffs and then we see jobs in Northeast Ohio, then we know that a policy of being assertive and firm with China leads to job creation in the U.S. The sky didn't fall. It brings fairness and balance back. That's what leaders are for; bringing fairness to a system that's unfair.

Obama's tariffs on tires brought back a thousand jobs to Akron and Northwest Ohio, Ryan said. And after the president imposed tariffs on oil country steel tubing, a French company invested $700 million in two steel tubing plants in Youngstown. Those plants are creating nearly 500 direct jobs and as many as 700 building trades jobs constructing them, Ryan said.


The plant was down to one shift, it's now up to 3 shifts, with 4500 workers. (These are) good-paying, solid middle-class jobs. A few weeks ago, GM announced it's making the second-generation Cruze in Lordstown with a $200 million investment. That will help the building trades.


Auto parts is a critical issue for us in Ohio. He has been there.


Romney is late to the party. How do you not support tariffs on tires, auto parts, oil country steel tubes. He has zero credibility on this issue. He has stock in a Chinese oil company! For him to say he's going to be tough on China, it's laughable.

Ryan has a bill to end the currency manipulation that gives China an unfair trade advantage. Though it has the overwhelming support of both Republicans and Democrats in the House of Representatives, Speaker John Boehner hasn't brought it up for a vote. Ryan said if Romney really wants to get tough on China he should have been calling Boehner to bring his bill up for a vote.


I've never heard him ask it. Why hasn't he called the Speaker of the House to bring it up? That would have been very helpful to the cause. It's another (case of) Mitt Romney trying to find some political advantage but the problem is he has zero credibility on this issue.

Ryan said Romney has another problem in Ohio: He campaigned there in support of SB5, the bill to strip government workers of collective bargaining rights. Ohioans rejected SB5 with 62 percent of the vote. Said Ryan:


Romney came in and campaigned on the losing side of that issue. Police, teachers, firefighters have no interest in voting for Mitt Romney because he wasn't there when they needed him.