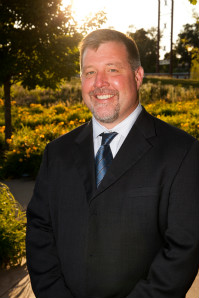 Brother Jerod Warnock, business agent for Teamsters Local 135 in Indianapolis, has a good shot at winning his race for state representative in Indiana's 5th District.

Warnock, a Democrat, spends his off hours at events such as a church rummage sale, a police breakfast (at 4:30 a.m.), tailgate parties at Notre Dame football games and the Elkhart Labor Day parade. He knocks on doors three times a week. His big brother Bob, president of Teamsters Local 364, accompanies him on his walks around the district.

(Their dad, Bob Warnock, Jr., is a Teamster retiree now. The South Bend Tribune just ran a nice story about him.)

Warnock is one of three Teamsters running for the state Legislature in Indiana. It's part of a concerted effort by working people to reclaim the state and repeal the right-to-work-for-less law enacted earlier this year. But it won't be easy.