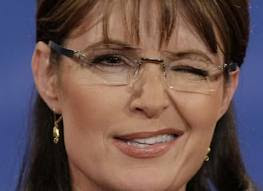 A few weeks from today every socialist in resident of Alaska will receive $878 from the state's Permanent Fund.


State officials on Tuesday announced the amount of Alaska Permanent Fund dividends to be distributed Oct. 4 to all men, women and children who have lived in the state for at least a year. This time around, that's nearly 647,000 people.


Established in 1976, after oil was discovered on Alaska’s North Slope, the permanent fund dividend gives every Alaskan cash back from oil wealth. Alaska is unique in that the residents, not private land owners or the government, own the oil. Hence, every year investments made pay residents back.

So it sounds as if every single Alaskan belongs to that 47 percent that upset Mitt Romney so much. And that includes former Gov. Sarah Palin, who presided over the biggest Permanent Fund distribution ever. Writes Devon:


We really had a banner year when ex-half-term super-dooper socialist governor Sarah Pain was in office. We got the biggest pfd check ever, at $2069 – PLUS another $1200 check from the gov to subsidize the high cost of energy...

It’s called the “owner state” concept, which means the resources of the state are owned by the commons, and the Constitution of Alaska requires that they be developed in the best interest of the people.

What a concept.
Posted by Teamster Power at 10:50 AM