Some good news from Wisconsin 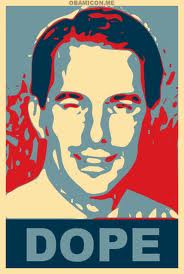 Dane County administrators are negotiating with their public employee unions to put contracts in place until 2015. They're scrambling to do it quickly now that job-killer Gov. Scott Walker's union-busting law was struck down.

Problem is, the Wisconsin state Supreme Court is stacked with Walker cronies. Many believe the justices will reinstate the law severely limiting collective bargaining rights.

But until then, Dane County is doing what it can to extend the life of its government unions. The Wisconsin State Journal reports,


County administrators were negotiating with workers Wednesday night on contracts that could keep its unions alive through 2015. The County Board was poised to vote on the pact tonight.

"We have a window here, and we're going to take advantage of it," said County Board Chairman Scott McDonell....

On Friday, portions of the law were ruled unconstitutional by Dane County Circuit Judge Juan Colas. State officials asked Colas to delay enforcement of that ruling until after appeals can be heard by higher courts, but it may be days or weeks before he decides on that request.

As long as the ruling is in force, McDonell said, local governments can negotiate new binding contracts with employee unions...

"In Dane County we use the right tool for the right job, and County Executive (Joe) Parisi believes those tools are communication, collaboration, and cooperation," said Parisi's chief of staff, Josh Wescott.