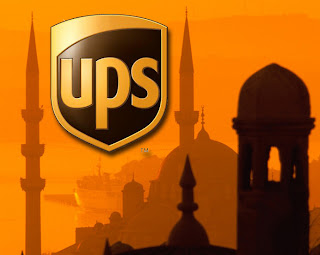 Teamsters helped Turkish UPS workers win the right to be represented by the TÜMTİS (Turkish Motorized Transport Workers' Union), 15 months after the dismissal of 163 workers.

All of the workers had registered to join the union or were members of it. The workers formed a picket line and their struggle went on for an incredible 272 days. Backed by massive international support from trade federation allies, they have now won the right to return and compensation.

About 3,000 workers have filed for union recognition and Turkey's Ministry of Labour and Social Security has legally certified the union as the workers' representative. This comes as the culmination of a years-long campaign by UPS workers and their union to improve working conditions at global delivery companies operating in Turkey.


This achievement is not only ours. It is the result of the collaboration of many trade unions under the umbrella of the Global Delivery Network of the International Transport Federation (ITF), and especially the Teamsters union in America, which represents hundreds of thousands of UPS workers in the company's home country. The European Transport Federation and its affiliates also played an integral role in this victory.

We will now continue toward negotiating a strong collective agreement for UPS workers and we will continue to apply our organisational efforts at MNG-Fed Ex, DHL and TNT in Turkey.

"Tebrikler" (congratulations) to our UPS brothers and sisters in Turkey!
Posted by Teamster Power at 4:56 PM