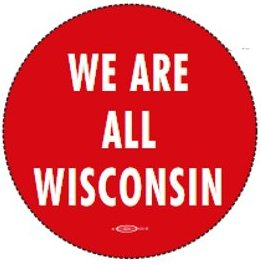 Think of the upcoming "grand bargain" over the debt ceiling as Son of Bailout.

Thanks to Vermont Sen. Bernie Sanders and Texas Rep. Ron Paul, we now know the true cost of the first bailout, of which TARP was only a small part. Sanders and Paul sponsored legislation that required the first-ever public audit of the Federal Reserve.


...the Fed provided more than $16 trillion in secret loans to bail out American and foreign banks and businesses. Independent Senator Bernie Sanders responded to the audit by saying, quote, “This is a clear case of socialism for the rich and rugged, you’re-on-your-own individualism for everyone else.”

But it wasn't real money. As Hudson points out, the "loans" were just pixels on a computer keyboard. And he raises an excellent question:


...if they can create a $13 trillion on a computer keyboard, taking over Fannie Mae and Freddie Mac, and the Federal Reserve can simply give this money, why can’t they, over 50 years, pay the trillion dollars for the Medicare and the Social Security? It’s—obviously, it’s a charade.

Now, as Bernie Sanders points out, the billionaires and the banks always want more. And that's what this phony debt-ceiling crisis is all about.  Says Sanders,


...what is apparent is that the plan would result in devastating cuts to Social Security, Medicare, Medicaid and many other programs that are of vital importance to working families in this country. Meanwhile, tax rates would be lowered for the wealthiest people and the largest, most profitable corporations.

Hudson doesn't see a pretty ending. He calls the Greek bailout and subsequent austerity a dress rehearsal for what's going to happen here.


You’ve seen the protests in Madison, Wisconsin. And in the Greek Parliament Square, in front of the parliament building, there were signs up to say, “We are Wisconsin.” There was a very clear connection they were making that this is a worldwide struggle. What’s happening across the world is an attempt by the financial sector to really make its move and say this is their opportunity for a power grab. And they’re creating this artificial crisis as an opportunity to carve up the public domain and to give themselves enough money. They’re taking the money and running, because they know that unemployment is going up. The game is over. They know that. And the only question is, how much can they take, how fast?